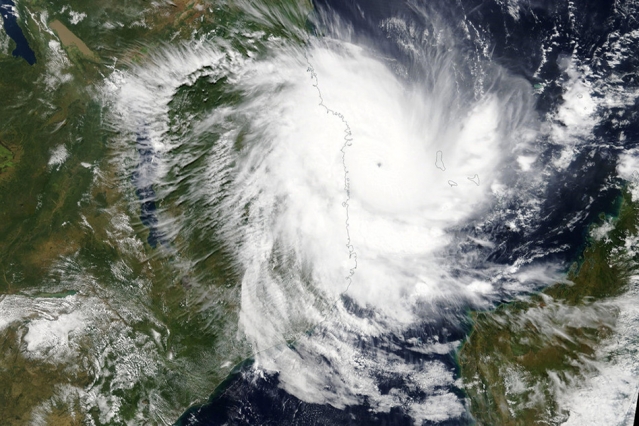 Cyclon A well-marked low-pressure in the southeast Bay of Bengal intensified into a depression at 5:30 am today, promoting the Indian meteorological Department to advise fishermen against the sea conditions in the and in the Andaman sea.

Twelve Districts in Odisha continued to remain on high alert on Saturday as the state government braced for cyclone Amphan in which is likely to intensify into a saver Cyclonic Storm in the next 12 hours. A well-marked low-pressure in the southeast Bay of Bengal intensified into a depression at 5:30 am today, promoting the Indian meteorological department to advise

fishermen against the sea condition in the area and in the Andaman sea.

It is very likely to move northwestward initially till May 17 and then re-curve north-northwestwards towards the northern Bay of Bengal between May 18-20 the department said in it’s the latest bulletin at 3 pm.

The weather agency has also forecast “adverse weather” along and off Andra Pradesh and West Bengal coasts for the best five-six days.

HERE IS HOW THE CYCLONE LIKELY AFFECTED THE FOLLOWING STATES

ODISHA:- As many as 12 coastal districts particularly the northern districts of jagatsinghpur, kendrapara, Bhadrak, and Balasore, have been put on alert with the state government directing collectors to arrange for alternate shelter homes for those residing in the region.

The coastal area is likely to experience light to moderate rainfall at several places and heavy downpour in a few isolations regions from Monday evening.

The state’s special Relief Commissioners PK Jena said he reviewed the situation and its possible impact with chief Secretary Asit Tripathy. The NDRF, ODRAF, and fire service personal have also been kept on standby and to clear roads in case they get blocked.

Jena also assured that the situation was under control keeping in mind Odisha’s vast experience in dealing with such a crisis in the past.

“We are well prepared to deal with any situation, however, the district administration will have the double task to manage COVID-19 Situation along with the possible Cyclone, he was quoted as saying by PTI.

Though the weather department this yet to make an exact forecast about the landfall of the cyclone, the administration has braced for the impending situation and accordingly, focused on the northern costal districts of jagatsinghpur, kendrapara, Bhadrak and balasore jena said.