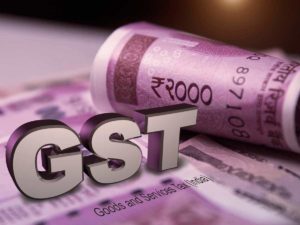 India is considering the good and services tax (GST) relief package to counter the impact of COVID-19 and help prop up the economy, said people with knowledge of the matter. The package being considered could include the six- month suspension of GST payments for the worst-hit sectors such as restaurants, aviation, and hospitality as well as a lower rate for the real estate sector.

Other proposals sector include a switch to a case-based principle of levying tax from the current invoice-bassed system and providing GST relief on sales for which payment is not received due to the lockdown by treating those as bad debts.

These measures are expected to ease the liquidity pressure on businesses that are strapped for cash, said the people cited above. A final decision on the proposals will be taken by the GST Council, which is the apex decision-making body for the tax.

there is thinking that for this service sector, the government should at least spare its dues, ” a government official told ET.

The government could also consider exempting them from other statutory charges for some time.

Though there has been a demand for a complete GST exemption, the government is veering around to the view that suspending the tax will work better, the official said. Exempting a sector from the tax would mean breaking the credit chain, leading to further problems down the line.

NEED FOR LIQUIDITY
Case-basses systems will mean businesses pay GST when they get the money and not when the invoice is raised, ensuring they don’t have to pay the tax put of their pocket and get squeezed on working capital. this is most relevant for services where payment is received with a lag after bills are raised.

Most service providers are facing delays in payment from the client but are saddled with GST liabilities. another option is exempting these from GST, treating them as bad debts.

The idea is to provide some help to businesses to said though this crisis, ” a second official said, adding that it is expected that States will back move in view of the unprecedented economic situation.

Tax experts said liquidity is among the immediate needs of the industry.

As this time, the industry needs more liquidity and hence deferment in payment of GST for the next few months ( without interest ) should be considered, ” said pratic Jain, national leader, indirect tax, PwC.

while providing selective exemption is an option, it often creates complications us input credits get blocked, aside from coping with the rigors of anti-profiteering provisions, he said.

since the point of taxation in GST is effectively the issue of invoice, the suppliers pay the GST to the government Exchequer before they actually collected it from the customers, ” baking a cash-based system.