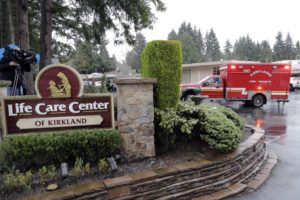 The number of nursing home residents who have succumbed to the novel coronavirus in the United States has surpassed 10,000 a new survey of state data compiled by ABC News has found.

This surge in deaths, accounting for about 20% of all coronavirus fatalities in the nation, comes as nursing homes across the country continue to struggle for effective strategies for a fight the virus, which can quickly overwhelm the communal settings ones it enters.

There have been at least 10,631 deaths of long-term care residents but there are likely many more. The statistics were compiled using official data from states, department of health, and governor’s Office in 28 states and the District of Columbia, with the other states not yet reporting the numbers or not responding to requests for the information.

Earlier this week, the leaders at the centers for Medicaid announced they would being requiring nursing care facilities to report cases of COVID-19 directly to health officials there and at the centers of disease control and prevention. so far, neither agency has released comprehensive national data on nursing home cases or fatalities during the outbreak.

As the death count rises, some critics have called on the Trump administration to focus more attention on the long-term care facilities where the virus has been claiming some of the nation’s most vulnerable residents.

clearly, the federal government has been slow, sen. Ron Wyden, an Oregon Democrat, told ABC News, they always had one excuse after another they said, we’re we are not really responsible The stats are responsible to this day.