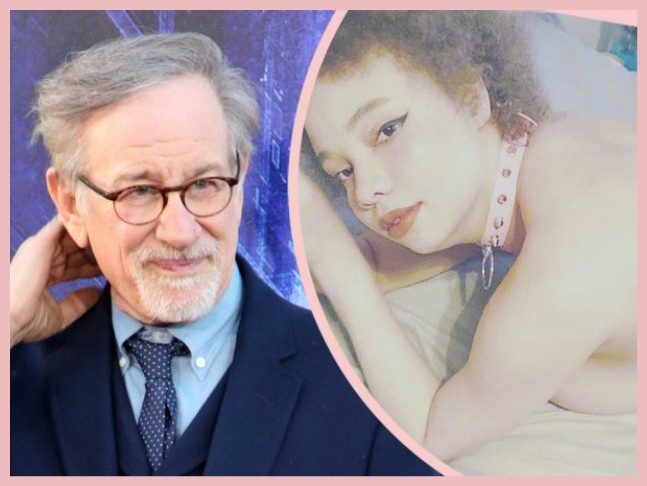 Steven Spielberg embarrassed by his daughter

Steven Spielberg’s daughter’s career choices and the views of her parents on the same has been put forward by a close friend of theirs when he was giving statements for Page. Recently on Wednesday, the director’s daughter announced in an interview which was held with The Sun. She said that she was considering finding a track of her own in the film career. This was with concern to her becoming a porn star. She described herself as a sexual creature. She also went further to explain how she was genuinely interested in getting naked and even in performing sex acts on a screen, which is solo. This, for her, was a way to honor her body. She also stressed on her choice of career and described it has empowered. Also, according to her, her parents are supportive of this decision of hers.

But the statement given by Steven Spielberg’s daughter is a little contradictory to what has been provided by the friend of the Spielberg’s. The friend said that their feelings are complicated. They are not entirely supportive. It has, on several occasions, come to light that probably Steven and Kate are one of the most evolved parents in the world. They have loved the kids beyond all measures. Also, they always try to understand their kids. But, since this admission of becoming a sex worker was so sudden that it took them by a little surprise and they got a little embarrassed.

The friend is someone who has worked with Spielberg on an excellent time. He said that both the parents wish for whatever is suitable for Mikaela. But, he also added that the path Steven Spielberg’s daughter is planning to take might not be right for her. Or, even if it’s good, it might not be the best. This was also because Mikaela discussed some personal details which were harrowing and might make one think that whether her decision comes from a reasonable basis or is it just a consequence of some incidence. She said that she was brought up in a house with privileges that were, no doubt, enormous. There was a lot of luxury. But, at the same time, she mentioned that she had been sexually harassed as a child. She has also struggled with anorexia, which is a type of personality disorder. She was also into alcohol while she was growing up.